As we all knew that hero Ram Charan is doing Dhruva movie now this is been directing by Surrender Reddy. The movie shooting completed most of the actions scenes and 2 songs in Kashmir and movie unit also returned from Kashmir now. Ram Charan playing as Cop role in the movie and Navadeep will be seen as friend role as cop in the action entertainer “Dhruva”. Movie is likely to release in September but due do some reasons movie is getting postponed now it has been postponed to October month. Actually this is been postponed because of Cinematographer Aseem Mishra was replaced with PS Vinod, after the former walked out of the project when got a Bollywood offer. And Ram charan also busy in Mega star movie produtions “Kathilantodu”.

So this is getting late but Ram charan is much worried about this postpone because he is worrying about the sentiments because in october he is having bad luck in the recent times all the films of Charan released during Dasara festival such as Thoofan, Govindudu Andarivadele and Bruce Lee were debacles. So he is thinking to complete this movie as soon as possible to release in September month. As we all know Rakul Preet Singh is doing opposite to Ram charan , Aravind Swamy is doing special character in the movie. The movie is likely to release for this September. 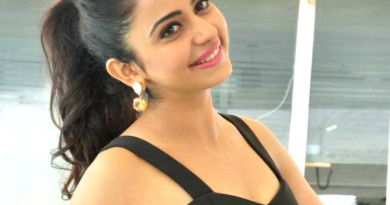