Young hero Raj Tarun now turned to be multi starrer in his upcoming films. He scored a good hit acted in a multi-starrer with Vishnu. Now he is doing movie under the direction of Sanjana after this he will start with vamshi director. So here we got the surprsing news regarding this movie that is Dabaang 2 director Arbaaz Khan ready to do one more telugu movie that too Villan role. Salman Khan brother Arbaaz Khan making comeback again in Telugu for Raj tarun flick. he has done only one Telugu movie still now that too with Mega star chiru “Jai chiranjeeva” now again he is coming with this movie that too a negative role in the movie.

Actually for this role the movie makers of AK Entertainments banner apporached with Govinda for that role but due to some reasons he said no for the villan role so Movie unit went to Arbaaz Khan he singned for this Negative role.Arbaaz Khan can be a best choice for negative roles in Telugu films is this film clicks at box office. 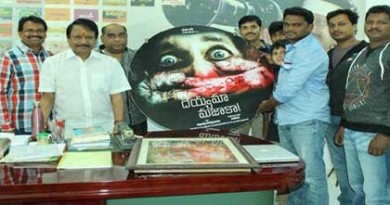 No stops for 150th project