This was the 1st test Double Century by India Skipper Virat Kohil on Friday with west Indies at the Sir Vivian Richards Stadium in Antigua. The Indian skipper lead from the front and took scorecard to huge Total that is 566/8 declared on the day 2. The four test match series with west Indies in that 1st test match toss has been won by Indian skipper Virat Kohli and elected to bat first on the day one stumps Dhawan and Virat did well for the side Dhawan scored 84 and Virat as been 143 not out and Ravichandran Ashwin (22 not out) going strong with a 66-run unbeaten stand for the fifth wicket. On the second day he brings his double century after the post lunch. Kohli’s previous highest score in Tests was 169, which he posted against Australia in Melbourne in 2014.

Virat dismissed at 200 in 281 balls after that Ravichandran Ashwin and Mishra had a great job for team India and they had good partnership Ashwin falling for 113 and Mishra slapping his way 53 as the innings was called to an end on a bright note. Some merrymaking from Amit Mishra allowed Kohli to declare on 566 for 8 and have a crack at West Indies’ openers. The dividend came soon enough, with Mohammed Shami providing the breakthrough, leaving a glum West Indies 31 for 1 when Friday’s Day 2 play ended. 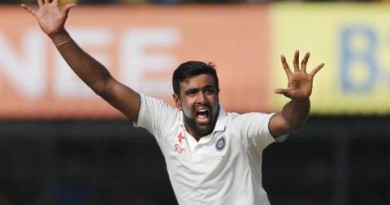